Missing Bodies: The Astonishing Story of the Sodder Children


Talk about a labyrinthine story: the deaths -- or the "deaths" -- of the five Sodder Children in a fire at their home in 1945 seems, at first glance, like an open-and-shut case.

On Christmas Eve, in Fayetteville, West Virginia, a fire decimates the home of the Sodder family, which included the husband, his wife, and their ten children. (Note: Actually, nine. One of the kids was off at war.) Several of the kids and the parents got out; five of the children did not.

Seems pretty simple, doesn't it? However, the tale that unwinds in the wake of this personal family tragedy is nothing short of mystifying. Follow me along on this bizarre story. 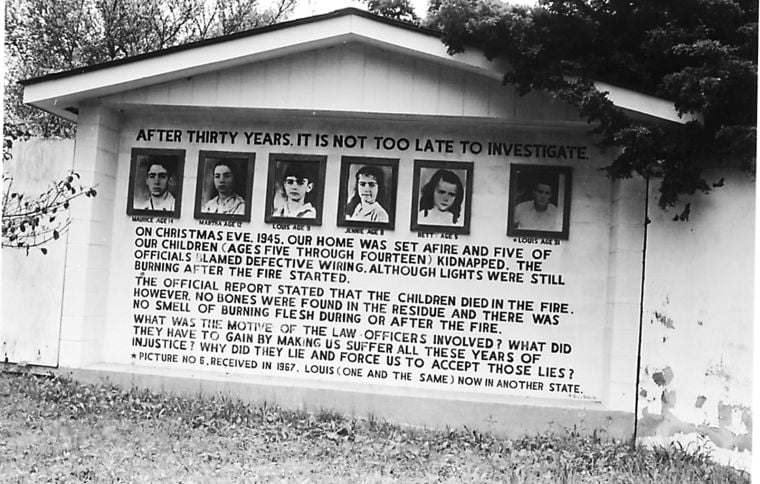 Okay, so let's begin with some of the knowns. The fire happens. That has been established. Well, what caused the fire? According to a preliminary investigation, faulty wiring. Even that, though, when placed under closer scrutiny, becomes less than certain.

As it turns out, an itinerant worker did some chores around the Sodder household and told the family that the wires might end up catching fire, if they weren't careful, a story that is complicated by the fact that Sodder had actually hired someone to work on the wiring only months before.

It doesn't seem altogether bizarre, until you figure in that the father, George Sodder, was an outspoken man about town, an Italian-American highly critical of Benito Mussolini, the Italian dictator.

Seems like a weird direction to take it, but Fayetteville was a huge bastion for Italian immigrants at the time, and from what I have read, the town also had mafia ties.

Could a connected man have "fixed" the fuse box in the Sodder home? Jennie Sodder, the mother, reported to have heard something strike the roof at 1:30 am, just before the fire scorched through the house. That might very well strike the possibility of the mob tampering with the electricity, but it may point to a more concerted arson situation. 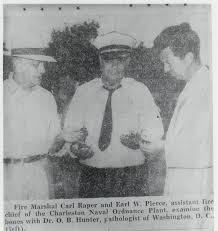 It doesn't end there. George Sodder, upon realizing that his house was aflame, hurried outside in order to try to put the fire out himself, or at least help the remaining Sodder children out of the house as it burned.

He could not find the ladder he normally used. (I believe it was later found to have been stolen.) The two cars in their yard would not start. It was a tragicomedy of errors. The children would not, despite the parents' best efforts.

Because of the primitive phone system of the time, the firefighters would not arrive for hours. The result was that the fire burned fiercely for a long time before it was finally put out. (This will become important in just a moment.)

The family, grieving mightily for the lost Sodder children and siblings, watched as the police performed a cursory search of the grounds. What they should have found:

What they actually found:

Sure, the fire burned white hot, but even a crematorium's flame will not disintegrate all a human being's bones. No matter how hot the fire, there would have been something to show that the kids had been caught up in the homestead holocaust. Instead, there was not so much as a bone fragment in the ashes.

Now, here is where I pause and tell you that they could have found something in the remains of the Sodder household, if only they were given a chance. However, four days after the fire, broken by grief, George Sodder used a tractor to till up the ground and cover over the basement where his children had perished.

So...that would certainly make it difficult to find remaining bones, now wouldn't it?

Over time, the family would become absolutely convinced that the Sodder children hadn't even been in the house in the first place. It's a weird tale, involving a fire chief with a misplaced sense of empathy, unreliable private investigators, mafia conspiracies, and mistaken witnesses.

I could go into the whole story of the dead / not-dead Sodder children here, but I would love for you to check out the podcast to hear the rest of what I have to say. Check out the podcast in its entirety, of course, and also read some of the links I used in my own research.