To Live is to Die: The Tragic, Accidental Death of Cliff Burton (1986)

Anyone who knows me should be aware that I LOVE Metallica. (I’ve even name-dropped them in the Rolson McKane novels.) What’s weird is that the death of Cliff Burton was something I had to mourn retroactively, well after the event.

See, I came to Metallica, really, when the Black Album was released. My stepbrother owned Master of Puppets, and I would jump around the room whenever the One video came on MTV, but I didn’t know to any large degree about Metallica. Even when I got into the band and started to dig into the back catalog, I didn’t really learn much about Cliff Burton, the band’s original bass player.

He was by all appearances a well-liked dude. Calm and even-tempered, he didn’t even really seem like a metal bassist, which made him stand out during the ‘Metal Up Your Ass’ 80s. He was more like a 70s, let’s-hang-and-smoke-a-doobie kind of guy. 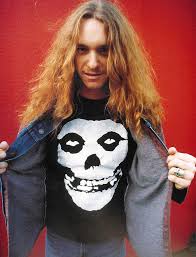 Perhaps that’s what set Cliff apart from most other players at the time. He did things his way, just like Metallica, and he helped to lift metal bass beyond just setting time for the rest of the thrashing instruments. He had a real sense of melody, which came out in songs like Anesthesia — Pulling Teeth (Kill ‘Em All) and Orion (Master of Puppets). The bass part at the beginning of For Whom the Bell Tolls still gets me. So epic.

If you didn’t know, he died tragically. Horribly. A horribly tragic death. I decided to do a brief episode of The Principled Uncertainty Podcast to discuss the untimely demise of one of metal’s most talented musicians.

You might be surprised how this story turns out. It’s not your basic story of a rock star gone awry. Cliff Burton did not fall prey to drugs or booze, nor was he driven to his death by circumstances within his own control. He literally happened to be in the wrong place at the wrong time, and because of that, he ended up paying with his life.